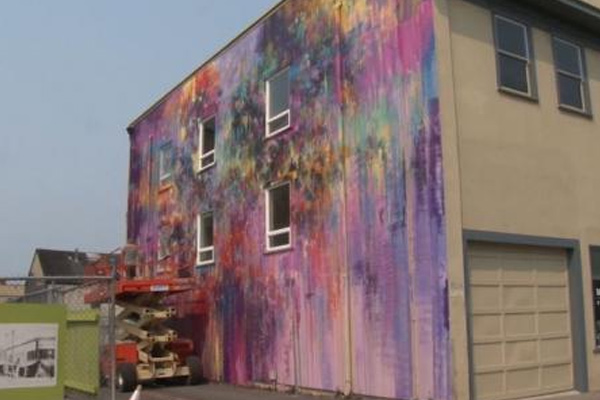 EUREKA – The city of Eureka now has another new mural.

The artist, Duncan Jago of Bristol, England added the finishing touches Sunday on the 5 day project.

It’s located on 212 G Street, attached to the building home to businesses Synapsis Nova and the Black Faun Gallery – right across the street from the last recently finished mural.

The new mural is bright and eye catching – we spoke with Mr. Jago about his inspiration for the piece, and what he hopes spectators get out of it.

“The inspiration is essentially nature, which moves me the most,” explained artist Duncan Jago, “Even though the colors in this you may not see as literal. There’s foliage, clouds, and movement essentially. It’s been a bit of a challenge on a big wall like this because when I paint canvas I step back, have a look, and then do a bit more, but because it’s thirty five feet in the air you can’t do that. It’s just a burst of color. It helps people escape a little bit. Somebody yesterday said ‘oh we can taste it,’ because of the color, and I think enjoying the color is a nice thing to do, isn’t it?”

The facilitator of these recent mural projects is Kev Bourque of the Black Faun art gallery, and he tells us each mural has been funded by several private donors.

He says more murals are in the works, and Eureka could be seeing a mural festival in its future.

Currently, Bourque is working on writing a grant application for the mural festival event, which would be held sometime next summer.

Businesses and property owners interested in sprucing their large walls up with an artist touch can contact Bourque for more information at blackfaunart@gmail.com 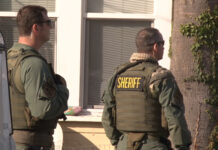 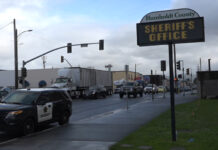 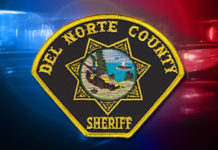