Arcata, Ca., (KIEM)- Famous for their use of Larrapin sauce, and their signature “slugs,” Los Bagels takes a stand that demonstrates their ethics beyond the bagels. The restaurant donated food to two convoys of protesters that left Arcata Monday, to demand the release of Claudia Portillo. She had been held at the Mesa Verde ICE Dentition Center in Bakersfield, Ca.

An immigrant from El Salvador, Portillo has lived in the United States since she was seven years old. Now she’s a mother of four and a part of the community in Arcata. Her detention, 555 miles away from her family for upwards of seven months has drummed up outrage among her growing base of supporters.

The pleas for her freedom (some coming from True North Organizing Network) were not left unanswered. Portillo was released Monday on bond (my of which was donated by community members)

“It’s not a question of why we should help, its why would we not help support an upstanding member of our community. Why would we not go to bat to keep families together?” Dennis Rael, who helped coordinate the free food for the protesters says. He explains that Los Bagels as a company stands with the community, and for human rights. But the donation was not about promoting the store, simply helping people who are fighting for what they believe is right. 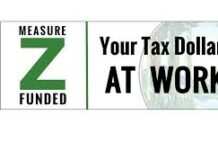 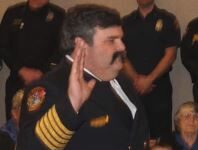