Arcata, Ca., (KIEM) Tears were flowing throughout the Arcata Plaza in name of “Justice for Josiah.”

Charmaine Lawson, mother of Josiah, surrounded by community members from all over the county and family supporters.

Tonight marks the 2nd anniversary of the death of David Josiah Lawson the HSU Student slain on this day, two years ago.

With no new evidence or details of the unsolved case, more than several dozens of residents swarmed the same spot the McKinley statue stood. Now, using it as a podium for the injustice.

“I’m really outraged about it, it makes me cry but not even so much out of anger anymore,” said resident Deborah Benavides. It’s that deep sadness. I think it goes beyond just our generation obviously this has been going on for a long time…we got to show them that they can’t ignore us anymore, we can’t be ignored.”

Lawson supporters said they stand with Charmaine and will continue to show up to the future vigils. 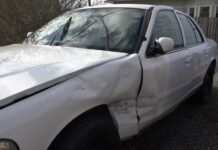 Suspect still on the Loose after Vehicle Pursuit, Attempted Kidnapping 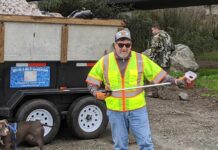 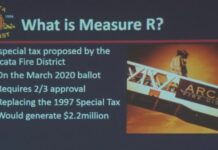