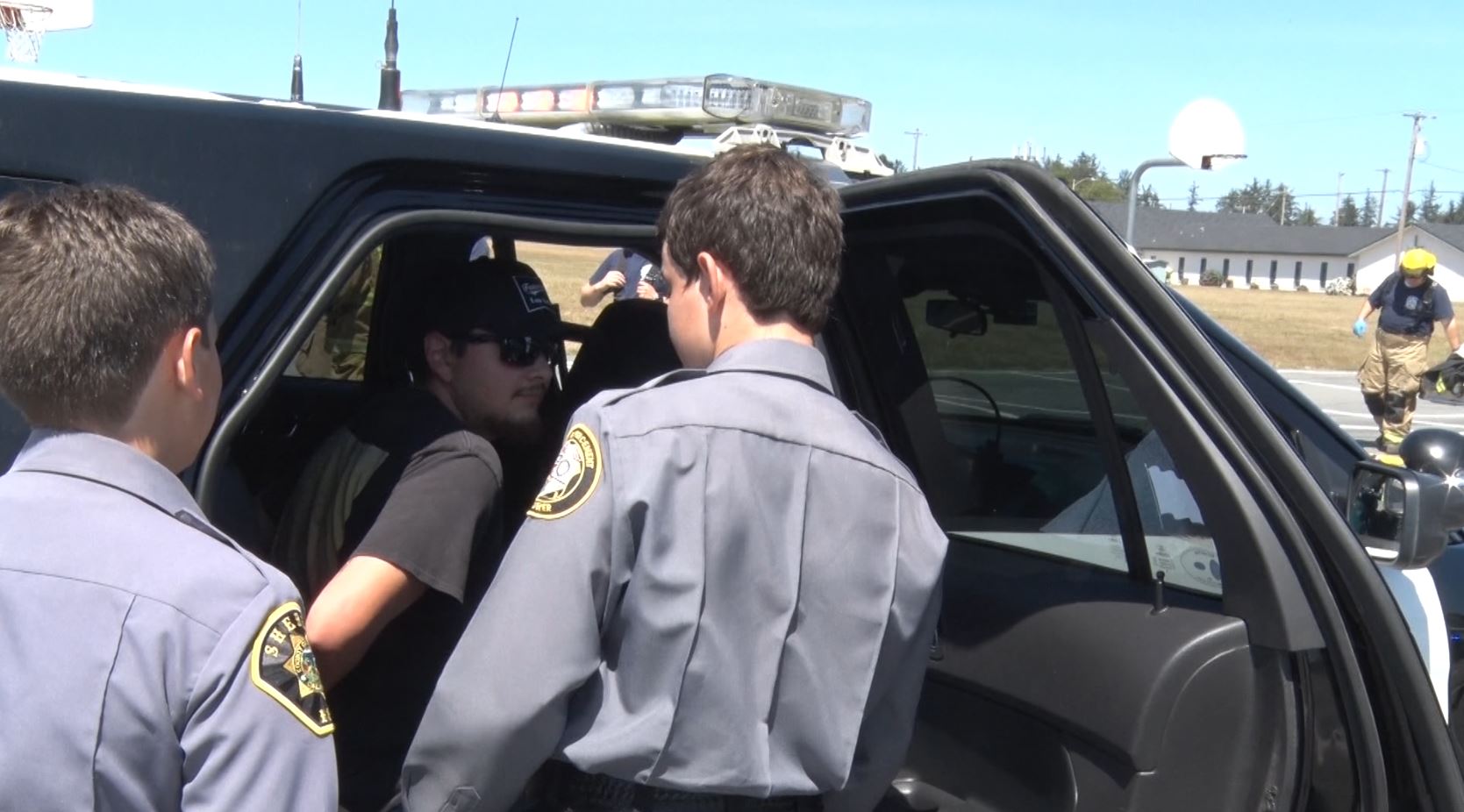 The Redwood Coast explorers had no idea the Del Norte County Sheriff’s Office would have them put the skills they learned into action. They gained control of the situation, found out what happened, then assessed the appropriate course of action. But it wasn’t that easy. The Sheriff’s Office did throw a few curve balls at them.

The sound of sirens is an indication that law enforcement is responding to a call. The Redwood Coast Explorers got to ride in public safety vehicles, and experience everything from the start.

“We were at attention lined up against the lockers. Then all of a sudden over our microphones, they told us to get down to the parking lot. So we can hurry up and go,” said Riley Hudson, a 14-Year-Old Explorer from Crescent City.

When the cadets were on their way to Crescent Elk Middle School, many thoughts were running through their minds.

“It was really like nerve-racking, and a very big panic because I wasn’t sure how bad the collision was going to be. Or how far I had to go in order to get to the collision. Or how many people were injured,” said Taziyah Harris, 14-Year-old Eureka Police Explorer.

The driver that rear-ended the Buick was under the influence. Once the future police officers took him into custody, the Sheriff’s Office threw a curveball at the explorers. They had the injured driver that was hit flee their vehicle.

“Once I heard the car close I wasn’t really sure, cause I was like oh yeah the ambulance should be here to help the person out of the car. But by the time I went to look over, I saw that the person was no longer in the car and that they had ran,” said Harris.

The Del Norte County Sheriff’s Office wants to make these simulations as realistic as possible. That way, these youngsters have an idea of what it is like to wear the badge.

“Each and every one of them is learning how to become a future leader here. And all of them is getting that taste of public safety,” said Jerrin Gill, a Sergeant with the Del Norte County Sheriff’s Office.

Taziyah Harris, a Eureka Police Explorer, encourages others to try out the Leadership Academy.

“It’s a new opportunity to get to know other parts of law enforcement, and not just what people see online.

To find out more about the Redwood Coast Explorer Leadership Academy contact the Del Norte County Sheriff’s Office at (707) 464-4191.