McKinleyville, Ca. (KIEM)- An overnight structure fire spreads to other neighboring homes where crews worked rapidly to contain the flames.

It happened around 11:36 last night, near Whitmire Avenue and School Road.

When crews arrived on scene, they found a home believed to be un-inhabited with flames coming out of both sides of the building.

Firefighters say, the fire started to spread to 2 other neighboring homes.

They managed to stop the flames from going further and focused their attack on the main fire.

Fire crews say, they believed no one was inside the neighboring homes at the time of the fire.

Initial investigation indicates the fire started in the garage or in the back of the house.

This is still an ongoing investigation. 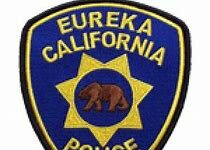