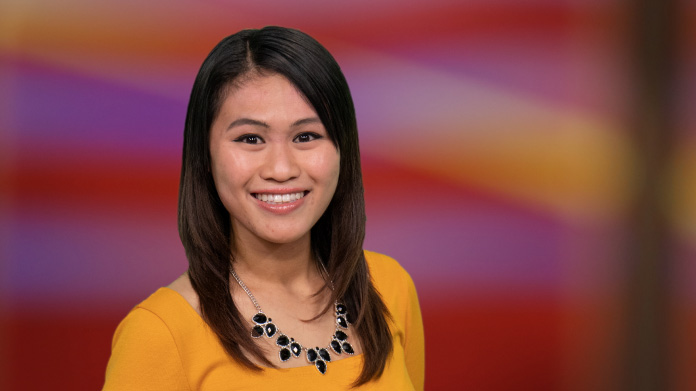 Born and raised in San Francisco, Ana is thrilled to call Eureka her new home. She joined the Redwood News team in January 2019. Before heading to the North Coast, Ana worked as a production assistant and writer for KPIX CBS 5 in San Francisco.

Ana got her start in news when as a senior at San Francisco State University. During her final year of college, she interned for The Filipino Channel (TFC). After her internship ended, she eventually became a freelancer at TFC where she took on many roles, from being a production assistant, to writing, producing, and even doing some reporting here and there. All while doing this, she was also a MMJ and anchor for SF State’s newscast, State of Events. Where she anchored, reported, edited, wrote, and produced her own packages.

When she’s not reporting, you can catch her trying new food places, watching new shows on Netflix, or exploring the town.

Feel free to reach out and connect with Ana on:

Or email her at: atorrea@redwoodnews.tv