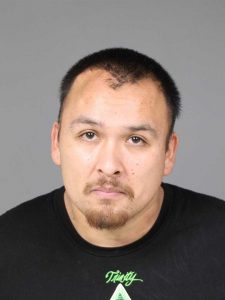 ORLEANS- A wanted felon is behind bars after a pursuit in eastern Humboldt.

At around 11 Wednesday morning, a sheriff’s deputy spotted 28-year-old Phillip Randall Reed of Hoopa riding a bicycle near State Route 96 and Dredge road.

When the deputy tried to contact reed for a felony warrant, he fled on his bike. The deputy chased Reed down Dredge road where he was taken into custody near the Klamath River.

Reed was arrested on the felony warrant, evading a peace officer and violation of probation.