EUREKA, Ca. (KIEM) – After major setbacks and controversy, Eureka’s Women’s March went on despite how the weather looked. Despite a gloomy sky, music from the march could be heard throughout Eureka.

Rain and cold did not stop people from marching down the streets. They held their signs of resistance high, while also sporting their pink hats.

After the cancellation of the first march, participants were glad to be able to stand together and show resistance.

One thing rang true about the march, the Women’s March was meant for everyone and anyone.

“I just wanted to stand up and show solidarity with everyone else because it feels good,” said one supporter.

Friends Grace and Dan attended their third Women’s March.  They’re glad to be part of a national movement as big as this one.

For younger generations, they found the movement empowering and inspiring. 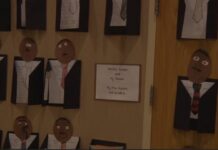 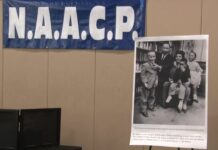